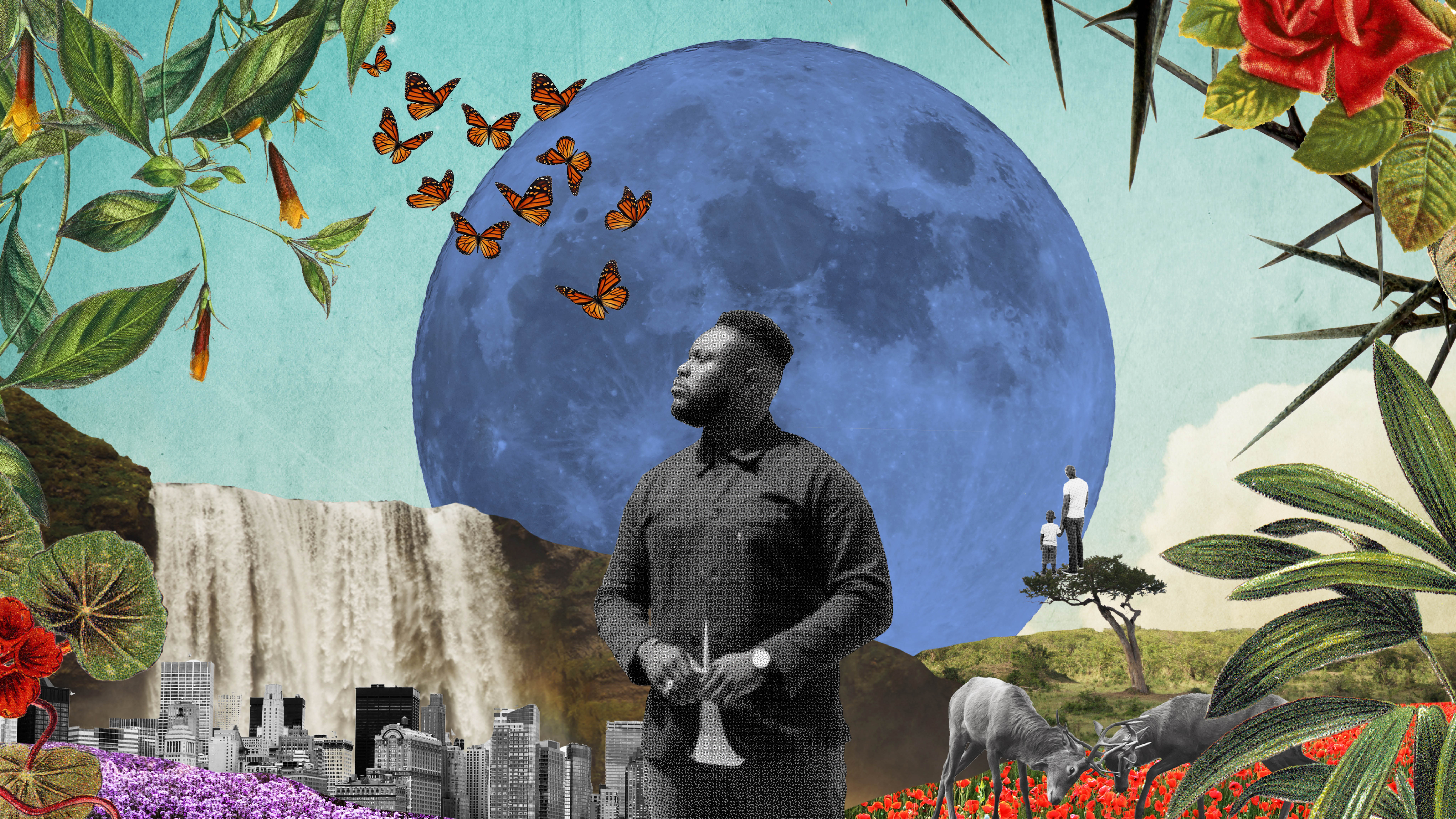 ‘Waters’ out now – is the first single to be released by Junior Garr on Running Club Records, arriving against the backdrop of his previous independent releases and his curated worship gathering the ‘Selah Sessions’. We've worked in collaboration, constructing the holistic world that visually supplements Junior's message. A garden being the metaphor for heaven on earth a place of unity and the environment of Junior's personal journey of healing.

A place to belong

Belonging is a common thread that runs through the stories that Junior tells in his music. Drawing inspiration from his family history, and how his personal discoveries of culture and geography have shaped his observations on identity and purpose. Inspired by his eclectic sources of influence we utilised mix-media collages to depict an Edenic paradise to portray Junior's mission of leading people to a place where the can encounter the beauty of God.

“I want to show the beauty of God to people, let the world see a multi-cultural expression that unites us all”
Junior Garr

The garden is a visual representation of Junior Garr's sonic themes of the beauty of God and heaven on earth. Common to most traditional Christian art we utilised symbolism as a means of depicting the narrative of every single release. As an example, the single artwork for 'New Creation' utilised a multitude of symbols to narrate its sonic message. It depicts a scene of baptism within a river; a strong symbol of new life within the Christian faith. The white clothing nods to the bible verse Isaiah 1:18 'Though your sins are like scarlet, they shall be white as snow.' Flowers are used as a representation of new growth and buildings represent both the idea of building a new future and going to "tell the world that the future is here."

Using the creative direction of the album artwork as a springboard, we focused on capturing imagery that would tell a story of self-discovery and place the viewer in a position of awe and reflection. The music video "waters" follows a young Junior endeavouring to find heaven here on earth.